A Brief History of Glass

There exists a wealth of technologies that we as humans have manipulated in order to advance as a society. Our arrival has been the result of a sort of butterfly affect of innovations. The avant-garde’s of our history were able to perceive a change in our daily woes in order to propel us in the direction of a progressive civilization. The history of glass happens to be a remarkable tale of events. The result of the accidental forces of nature, oppressive influences, and the eagerness to expand and test the limits of one’s imagination. Each of these factors has propelled us in a world of modern medicine and applied science.

26 million years ago, something extraordinary occurred which resulted in a substance that stretched up to ten kilometers across the Libyan desert. This substance, now known as Libyan desert glass, was allegedly the result of a meteorite impacting, and melting, the vast layer of silica. The discovery of this type of glass was found as a part of King Tutankhamen’s pendant. Which occurred, during the excavation of the pharaoh’s tomb in the 1920’s. It was valuable enough to be considered a gift or a piece of treasure for the ancient king. It’s value has been made evident as a gift to the human culture as well. 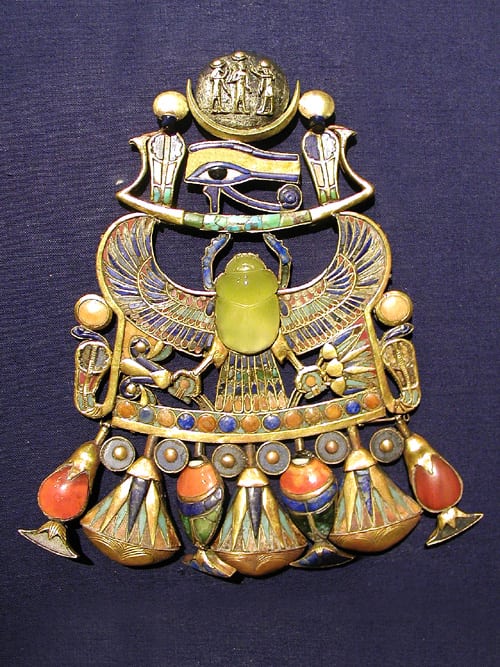 The Birth of Modern Glassblowing

The value of glass is well-regarded for it’s countless uses and properties. The surge of creation and advancement of the relatively new inorganic material stems from the glass-makers of Murano, Italy. In 1291, the modern glass-makers of Venice were exiled to the island of Murano. Just one mile from the city. Their fear over potential fires from the workshops birthed a modernization of medicine. As well as, a better understanding of the world around us.

This isle of glass created a competitive environment for the lamp-workers. After hundreds of years later they had discovered clear glass. The result of mixing manganese oxide ash with molten glass. The glass was crystal-like and appropriately given the name, Crystallo Glass. As a result, this new type of glass made the invention of the glass lens possible. Italian glass-makers created these curved discs of clear glass and were able to produce the first spectacles. The direct result was a surge of interest for the production of books and access to information spread. This created a domino like affect of innovations which transcended the limits of our technology.

These innovations led to some of the most prominent advancements we made as a society. Computer technology, fiber optics and the general wealth of information are all a factor of our manipulation of glass. The way we perceive the unknown universe that surrounds us is also a factor of our manipulation of glass. Our brief history of glass had spawned such remarkable innovations including modern day microscopes and telescopes. From Murano, Italy to the modern-day Murano– Corning, NY– we are truly indebted to the versatile technology.

Join our newsletter and receive an additional 5% off your next purchase at Heady Treasures.